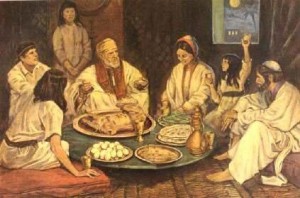 MY daily reflection and prayer:

Dear my friends,
Here is the Gospel for us today according to John 20:1-9

Now on the first day of the week Mary Magdalene came to the tomb early, while it was still dark, and saw that the stone had been taken away from the tomb. So she ran, and went to Simon Peter and the other disciple, the one whom Jesus loved, and said to them, “They have taken the Lord out of the tomb, and we do not know where they have laid him.”

From the Gospel today we read, John, along with Peter, was the first apostle to reach the tomb of Jesus on Easter Sunday morning. Like Mary Magdalene and the other disciples, John was not ready to see an empty tomb and to hear the angel’s message for as yet they did not know the scripture, that he must rise from the dead.

Let me quote what the angel said as recorded St. Luke, “Why do you seek the living among the dead?” (Luke 24:5). In the tomb of Jesus, Mary Magdalene, John, and Peter saw not a dead body but the risen Jesus Christ that led them to believe in the resurrection of Jesus.

We can learn from St. John here. When he saw the empty tomb he must have recalled Jesus’ prophecy that he would rise again after three days. He realized that no tomb on earth could contain the Lord and giver of life. So he saw and believed (John 20:8).

In his Gospel, St. John testified as an eye-witness to the life, death, and resurrection of Jesus Christ. It’s why he witnesses in his letter: What we have seen, heard, and touched we proclaim as the eternal word of life which existed from the beginning (1 John 1:1-4). He bears witness to what has existed from all eternity.

The reality of the resurrection is the central fact of our Christian faith. Through the gift of the Holy Spirit, Jesus Christ, the Lord, gives us the eyes of faith to know him and the power of his resurrection.

In Perpetual Adoration of the Eucharist we find the greatest joy because we can encounter the living Christ and to know him personally as our Lord and Savior. By worshiping him, we accept the good news of Jesus’ death and resurrection with trusting faith and joyful wonderment.

Let’s pray: Lord Jesus Christ, you have triumphed over the grave and you have won for us new life and resurrection power. Give us the eyes of faith to see you in your glory and to worship you lovingly. Help us to draw near to you and to grow in the knowledge of your great love for us and your great victory over sin and death. May we always express our joy in serving others now and forever. Amen.