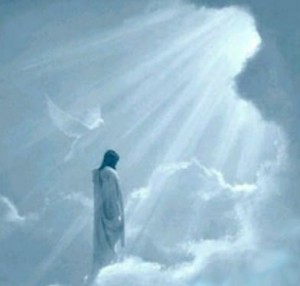 “But woe to you, because you shut the kingdom of heaven against men; for you neither enter yourselves, nor allow those who would enter to go in” (Matthew 23:13)

JESUS Christ woefully warned the scribes and Pharisees. He warned them, because, as religious leaders and successors of Jacob, they were shutting the door of God’s kingdom not only on themselves but also on others.

Listen what Jesus said, “Woe to you, scribes and Pharisees, hypocrites, because you shut the kingdom of heaven against men; for you neither enter yourselves, nor allow those who would enter to go in.”

There are five reasons.

Jesus has come and spoke words of life and love, truth and freedom, hope and forgiveness, but the scribes and Pharisees closed their ears to Jesus Christ, the Son of the living God. This is a big problem before Jesus.

Jesus Christ dwells with us and brings us into His Kingdom of heaven. He has not only opened the way for us to ascend to heaven but also presented heaven to this earth in our daily lives. Yes, we believe that God’s kingdom is present in all who seek Him and who do His will faithfully.

Every time we pray as Jesus taught, “Our Father who are in heaven, may Your kingdom come and Your will be done on earth as it is in heaven” (Matthew 6:10). In the prayer we try to ascend to heaven and to and also presented heaven in our daily life.

Don’t let Jesus Christ woefully warned us. So let us open our heart that we are able to listen the words of Jesus and to practice it in our daily life.

Perpetual Adoration of the Eucharist is a way to open the door of the Kingdom of heaven. By doing it we ascend to heaven and present the heaven to this earth. It’s like a great stairway that extended from earth to heaven on which a multitude of angels ascending and descending before the throne of God. How awesome is this! This is none other than the house of God and this is the gate of heaven.

Let’s pray: Jesus Christ, You have opened a door for us that brought us into a new relationship with the living God. May I never shut the door to Your heavenly kingdom through my stubborn pride or disbelief that You are really dwelling with us in Perpetual Adoration of the Eucharist. Help us to listen to Your voice and to conform our lives more fully to Your word, now and forever. Amen.