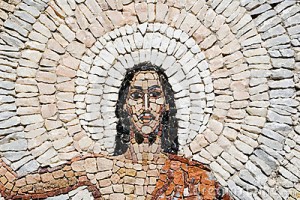 MY daily reflection and prayer: Friday, March 6, 2015 The Second Week of Lent Dear my friends, Here is the Gospel for us today according to St. Matthew 21:33-46 “Hear another parable. There was a householder who planted a vineyard, and set a hedge around it, and dug a wine press in it, and built a tower, and let it out to tenants, and went into another country. When the season of fruit drew near, he sent his servants to the tenants, to get his fruit; and the tenants took his servants and beat one, killed another, and stoned another. Again he sent other servants, more than the first; and they did the same to them. Afterward he sent his son to them, saying, `They will respect my son.’ But when the tenants saw the son, they said to themselves, `This is the heir; come, let us kill him and have his inheritance.’ And they took him and cast him out of the vineyard, and killed him. When therefore the owner of the vineyard comes, what will he do to those tenants?” They said to him, “He will put those wretches to a miserable death, and let out the vineyard to other tenants who will give him the fruits in  their seasons.” Jesus said to them, “Have you never read in the scriptures: `The very stone which the builders rejected has become the head of the corner; this was the Lord’s doing, and it is marvelous in our eyes’? Therefore I tell you, the kingdom of God will be taken away from you and given to a nation producing the fruits of it.” When the chief priests and the Pharisees heard his parables, they perceived that he was speaking about them. But when they tried to arrest him, they feared the multitudes, because they held him to be a prophet. T his is the Gospel of the Lord. Praise to you Lord Jesus Christ. *** In the first reading we read the experience of Joseph, son of Jacob. He was violently rejected by his brothers and sold into slavery in Egypt. His betrayal and suffering, however, resulted in redemption and reconciliation for his brothers. “Fear not, for am I in the place of God? As for you, you meant evil against me; but God meant it for good, to bring it about that many people should be kept alive, as they are today” (Genesis 50:19-20). We can understand that Joseph prefigures Jesus who was betrayed by one of his own disciples and put to death on the cross for our redemption. Jesus came to reconcile us with God. For this understanding Jesus gives us a parables that point to the mission he came to accomplish, to bring us the kingdom of God. This parable speaks to us today as well. It tells us of God’s generosity and trust. It also tells us of God’s patience and justice. Not once, but many times he forgives us. It’s all coming true in Jesus Christ, the very stone which the builders rejected has become the head of the corner. In Perpetual Adoration of the Eucharist we worship Jesus Christ, the very stone which the builders rejected has become the head of the corner. He was rejected and be killed, but he came in the glory of his resurrection and ascension to the right hand of the Father in heaven. Let’s serve the him with joyful hope and confidence in his victory and gift of abundant life for us. Let’s pray: Lord Jesus Christ, thank you for all the benefits which you have given us. Thank you for all the pains and insults which you have borne for us. You are our most merciful redeemer, now and forever. Amen.