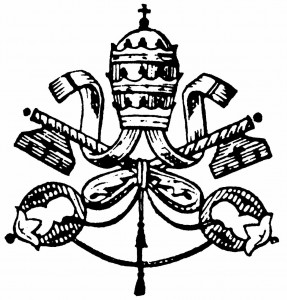 Vatican: Declaration of the Pontifical Council for Interreligious Dialogue

THE  whole world has witnessed with incredulity what is now called the “Restoration of the Caliphate,” which had been abolished on October 29,1923 by Kamal Ataturk, founder of modern Turkey. Opposition to this “restoration” by the majority of religious institutions and Muslim politicians has not prevented the “Islamic State” jihadists from committing and continuing to commit unspeakable criminal acts.

This Pontifical Council, together with all those engaged in interreligious dialogue, followers of all religions, and all men and women of good will, can only unambiguously denounce and condemn these practices which bring shame on humanity:

No cause, and certainly no religion, can justify such barbarity. This constitutes an extremely serious offense to humanity and to God who is the Creator, as Pope Francis has often reminded us. We cannot forget, however, that Christians and Muslims have lived together – it is true with ups and downs – over the centuries, building a culture of peaceful coexistence and civilization of which they are proud.

Moreover, it is on this basis that, in recent years, dialogue between Christians and Muslims has continued and intensified.

The dramatic plight of Christians, Yezidis and other religious communities and ethnic minorities in Iraq requires a clear and courageous stance on the part of religious leaders, especially Muslims, as well as those engaged in interreligious dialogue and all people of good will. All must be unanimous in condemning unequivocally these crimes and in denouncing the use of religion to justify them. If not, what credibility will religions, their followers and their leaders have? What credibility can the interreligious dialogue that we have patiently pursued over recent years have?

Religious leaders are also called to exercise their influence with the authorities to end these crimes, to punish those who commit them and to reestablish the rule of law throughout the land, ensuring the return home of those who have been displaced. While recalling the need for an ethical management of human societies, these same religious leaders must not fail to stress that the support, funding and arming of terrorism is morally reprehensible.

That said, the Pontifical Council for Interreligious Dialogue is grateful to all those who have already raised their voices to denounce terrorism, especially that which uses religion to justify it.

Let us therefore unite our voices with that of Pope Francis: “May the God of peace stir up in each one of us a genuine desire for dialogue and reconciliation. Violence is never defeated by violence. Violence is defeated by peace.”