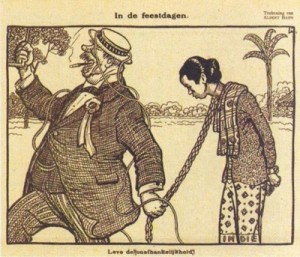 DEAR my friends, Here is the Gospel for us today according to St. Mark 1:29-39

And immediately he left the synagogue, and entered the house of Simon and Andrew, with James and John. Now Simon’s mother-in-law lay sick with a fever, and immediately they told him of her. And he came and took her by the hand and lifted her up, and the fever left her; and she served them. That evening, at sundown, they brought to him all who were sick or possessed with demons. And the whole city was gathered together about the door.

And he healed many who were sick with various diseases, and cast out many demons; and he would not permit the demons to speak, because they knew him. And in the morning, a great while before day, he rose and went out to a lonely place, and there he prayed. And Simon and those who were with him pursued him, and they found him and said to him, “Everyone is searching for you.”

And he said to them, “Let us go on to the next towns, that I may preach there also; for that is why I came out.” And he went throughout all Galilee, preaching in their synagogues and casting out demons.

As we all know it well, trafficking in human beings is an illegal industry estimated to affect 36 million people around the world and to generate $150 billion in annual profits. It’s been a matter of concern for Pope Francis from his time in Argentina, and has emerged as a core preoccupation of his papacy.

We will bring and support this Pope Francis’ concern in our reflection and prayer today in the context of the Gospel proclaimed to us. Let’s understand that the trafficking in human beings is our problems and troubles. As Jesus’ disciples freely brought their troubles to Jesus Christ because they found him ready and able to deal with any difficulty, affliction, or sickness which they encountered; let’s also bring our troubles to Christ, including the problems of the trafficking in human beings.

What can we do? First, let’s allow Jesus Christ to be our Lord and our healer in our personal lives, family, and community. Second, let’s approach him with expectant faith. We believe that his healing power restores us not only to health but to active service and care of others. We believe in him and there is no trouble he does not want to help us with and there is no bondage he can’t set us free from. So let’s take our troubles to him with expectant faith that he will help us.

In Perpetual Adoration of the Eucharist, let’s learn from Simon experience. When Simon brought Jesus Christ to his home, his mother-in-law was instantly healed because Jesus heard Simon’s prayer. Let’s also bring our troubles to Jesus Christ, also the problem of the trafficking of the human beings, that Jesus Christ would like to instantly stop and heal it.

Let’s pray: Lord Jesus Christ, you have all power to heal and to deliver from harm. There is no trouble nor bondage you cannot overcome. Set us free to serve you joyfully and to love and serve others generously. May nothing hinder us from giving ourselves wholly to you and to your service. Today, we pray for the victims of the trafficking in human beings. May we bring a light against human trafficking, and set them all free now and forever. Amen.