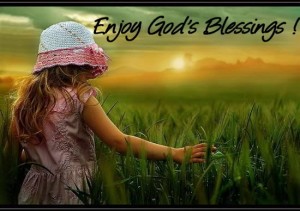 While people were listening to Jesus speak, he proceeded to tell a parable because he was near Jerusalem and they thought that the Kingdom of God would appear there immediately. So he said, “A nobleman went off to a distant country to obtain the kingship for himself and then to return. He called ten of his servants and gave them ten gold coins and told them, ‘Engage in trade with these until I return.’

His fellow citizens, however, despised him and sent a delegation after him to announce, ‘We do not want this man to be our king.’ But when he returned after obtaining the kingship, he had the servants called, to whom he had given the money, to learn what they had gained by trading. The first came forward and said, ‘Sir, your gold coin has earned ten additional ones.’

He replied, ‘Well done, good servant! You have been faithful in this very small matter; take charge of ten cities.’ Then the second came and reported, ‘Your gold coin, sir, has earned five more.’ And to this servant too he said, ‘You, take charge of five cities.’

Then the other servant came and said, ‘Sir, here is your gold coin; I kept it stored away in a handkerchief, for I was afraid of you, because you are a demanding man; you take up what you did not lay down and you harvest what you did not plant.’ He said to him, ‘With your own words I shall condemn you, you wicked servant. You knew I was a demanding man, taking up what I did not lay down and harvesting what I did not plant; why did you not put my money in a bank? Then on my return I would have collected it with interest.’

And to those standing by he said, ‘Take the gold coin from him and give it to the servant who has ten.’ But they said to him, ‘Sir, he has ten gold coins. He replied, ‘I tell you, to everyone who has, more will be given, but from the one who has not, even what he has will be taken away. Now as for those enemies of mine who did not want me as their king, bring them here and slay them before me.’”

After he had said this, he proceeded on his journey up to Jerusalem.

This the Gospel of the Lord. Praise to You Lord Jesus Christ.

Jesus says on parable of the talents today. It reveals something important about how God works His plan and purpose with us.

The essence of the parable seems to lie in the servants’ conception of responsibility. Jesus says that each servant entrusted with the master’s money is faithful up to a certain point. The servant who buries the master’s money is irresponsible. The master expects his servants to be productive in the use of his money. What does it mean for us?

First of all, let’s give thanks to God who has given us His gifts, graces and talents. Secondly, let’s realize that according to the parable, God rewards us who faithfully use our gifts and talents for doing good by giving us more. God entrusts us of His kingdom with gifts and graces. He gives us the freedom to use them as we think best. God honors us who use our talents and gifts for doing good. We who are faithful with even a little are entrusted with more!

In Perpetual Adoration of the Eucharist we worship Jesus Christ who are the Son of God and entrusts us with His gifts, graces and talents. We adore and serve Him with the gifts, talents, and graces He has given to us.

Let’s pray: Lord Jesus Christ, thank You so much for Your gifts, graces and talents You has given to us. Please, be the ruler of our hearts and mind. Fill us with a generous and wise spirit that we may use the gifts, talents, time, and resources You give us for Your glory and Your kingdom and for our neighbors, now and forever. Amen.

* In memory of my late mother, Caecilia Pursuharti, who has been given a new life in heaven, ten years ago.