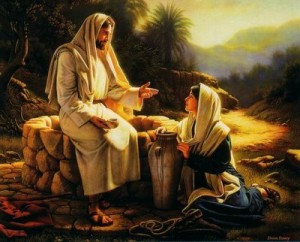 MY daily reflection and prayer:
Monday, March 23, 2015
The Fifth Week of Lent

Dear my friends,
Here is the Gospel for us today according to St. John 8:1-11

But Jesus went to the Mount of Olives. Early in the morning he came again to the temple; all the people came to him, and he sat down and taught them. The scribes and the Pharisees brought a woman who had been caught in adultery, and placing her in the midst they said to him, “Teacher, this woman has been caught in the act of adultery. Now in the law Moses commanded us to stone such. What do you say about her?”

Jesus looked up and said to her, “Woman, where are they? Has no one condemned you?” She said, “No one, Lord.” And Jesus said, “Neither do I condemn you; go, and do not sin again.”

The first reading, quoted from the Book of Daniel, tells us the story of Susanna. Susanna was a godly woman who loved God and his word. But unfortunately, she was unjustly accused of adultery by two elder judges who had tried to seduce her. They brought false charges against her in revenge for her refusal to sin with them.

In such situation, Susanna knew she had no hope of clearing her good reputation and escaping death apart from God’s merciful intervention. So, she looked up to heaven and cried out to the Lord for his help (Daniel 13:35). God in his mercy heard the plea of Susanna and he punished the two elders for giving false witness.

Jesus had also to face unjust accusations made by the Pharisees. They were upset with Jesus’ teaching and they wanted to discredit him in any way they could. They wanted to not only silence him, but to get rid of him because of his claim to speak with God’s authority.

The Gospel today describes how the scribes and the Pharisees brought to Jesus a woman who had been caught in the act of adultery.

They wanted to test Jesus on the issue of retribution so “they might have some charge to bring against him” (John 8:6). Jewish law treated adultery as a serious crime since it violated God’s ordinance. It was one of the three gravest sins punishable by death. If Jesus said the woman must be pardoned, he would be accused of breaking the Law of Moses. If he said the woman must be stoned, he would lose his reputation for being the merciful friend of sinners.

Jesus then did something quite unexpected. He said to them, “Let him who is without sin among you be the first to throw a stone at her.” Jesus gave the matter back to their own consciences. The scribes wished to condemn. Jesus wished to forgive and to restore the sinner to health.

In Perpetual Adoration of the Eucharist we worship Jesus Christ whose mercy enables us to turn back to God with a repentant heart and a thankful spirit for God’s mercy and forgiveness. He also gives us pardon and a new start on our lives.

Let’s pray: Lord Jesus Christ, so many times, it’s difficult for us to come to you. In our ignorance we have wrongly thought that you take pleasure in punishing our sins. But surely you have shown that you love us. You always lovingly forgive our sins now and forever. Amen.