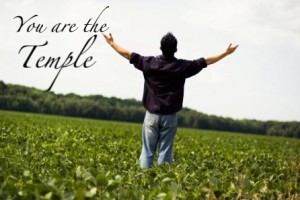 MY daily reflection and prayer:
Sunday, March 8, 2015: The Second Week of Lent

Dear my friends,
Here is the Gospel for us today according to St. John 2:13-25

The Passover of the Jews was at hand, and Jesus went up to Jerusalem. In the temple he found those who were selling oxen and sheep and pigeons, and the money-changers at their business. And making a whip of cords, he drove them all, with the sheep and oxen, out of the temple; and he poured out the coins of the money-changers and overturned their tables. And he told those who sold the pigeons, “Take these things away; you shall not make my Father’s house a house of trade.”

His disciples remembered that it was written, “Zeal for your house will consume me.” The Jews then said to him, “What sign have you to show us for doing this?” Jesus answered them, “Destroy this temple, and in three days I will raise it up.” The Jews then said, “It has taken forty-six years to build this temple, and will you raise it up in three days?” But he spoke of the temple of his body.

When therefore he was raised from the dead, his disciples remembered that he had said this; and they believed the scripture and the word which Jesus had spoken. Now when he was in Jerusalem at the Passover feast, many believed in his name when they saw the signs which he did; but Jesus did not trust himself to them, because he knew all men and needed no one to bear witness of man; for he himself knew what was in man.

The Gospel today records Jesus’ dramatic cleansing of the temple. It’s seen by his disciples as a prophetic sign of God’s work to purify and restore true worship and holiness among his people. It is also a prophetic sign of what he wants to do with each of us. He wants to cleanse us of our sinful ways in order to make us into living temples of his Holy Spirit (1 Corinthians 6:19-20). Jesus Christ, the Son of God whose heart burns with zeal for his Father’s house, desires that we be holy as he is holy.

In the scripture, the temple is understood as the dwelling place of God among us, his people. In the Old Testament we read that God gave Moses instruction for how his people were to worship him in holiness and he instructed them to make a Tabernacle, which was also referred to as the “tent of meeting” where the people gathered to offer sacrifice and worship to God. Later, the tent of meeting was replaced by the construction of the temple at Jerusalem.

The temple is the Father’s house of holiness. Jesus burns with zeal for his Father’s house. The Gospel records that Jesus also spoke of himself as the true Temple which cleanses and makes us a holy people who can dwell with God. It’s why he said to the Jews’ leaders, “Destroy this temple, and in three days I will raise it up” (John 2:19). This word pointed to his sacrificial death on the cross and his rising from the tomb on the third day. His death and resurrection opens the way for us to freely enter into the holy presence of God in his sanctuary.

In Perpetual Adoration of the Eucharist we worship Jesus Christ who has reconciled us with God and made us sons and daughters of our heavenly Father through his death and resurrection. He also fills us with his Holy Spirit and makes us living temples of our God (1 Corinthians 6:19-20). In our praying we recognize the indwelling presence of God within us through the gift and working of his Holy Spirit.

Let’s pray: Lord Jesus Christ, renew our minds and purify our hearts so that we may offer you fitting worship and enjoy your presence in Perpetual Adoration of the Eucharist. Fill us with a holy desire and burning zeal for your holiness. Help us to draw near to your throne of mercy with gratitude and joy. Transform the way we think, act, and live as a son or daughter of God now and forever. Amen.