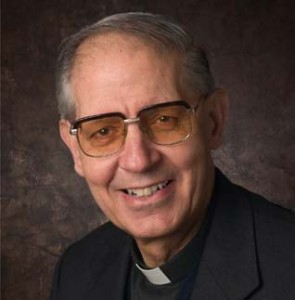 HERE is the report of Father General.

“At the personal invitation of the Pope Francis,  I went to the Santa Marta House, that had been used for the Cardinals present at the Conclave at 5:30 p.m. He was at the entrance and received me with the usual Jesuit embrace. We had a few pictures taken, at his request, and at my apologies for not keeping protocol he insisted that I treat him like any other Jesuit at the “Tu” level, so I did not have to worry about addressing him as “Your Holiness,” or “Holy Father” .

I offered him all our Jesuit resources because in his new position he is going to need counsel, thinking, persons, etc. He showed gratitude for this and at the invitation to visit us for lunch at the Curia he said he would oblige.

There was full commonality of feeling on several issues that we discussed and I remained with the conviction that we will work very well together for the service of the Church in the name of the Gospel.

There was calm, humor and mutual understanding about past, present and future. I left  the Casa de Santa Marta convinced that the Pope will gladly count on our collaboration in the vineyard of the Lord. At the end he helped me with my coat and accompanied me to the door. That added a couple of salutes to me from the Swiss Guards there.

A Jesuit embrace, once again, as the natural way to greet and send off a friend.

In a letter of 8 March, Father General invites the whole Society “to reflect and pray about an important frontier for our universal mission: the Interprovincial Roman Houses and Works.”

Even more, I would like to ask that all Jesuits regard these institutions as “a priority among the priorities of the apostolates of the Society of Jesus,” to use the words of Pope-Emeritus Benedict XVI when he visited the Gregorian University in 2006.”

After referring to the signs of hope and development of the Church, the letter continues:

“I am convinced that, among the many ways we serve the Church, one of the best is through institutions that form leaders for the universal Church, people who will help lead the Church to become more truly what it is called to be by Christ: a humble servant of humanity; a sacrament of the compassion and mercy of Christ in the world; an inspiring herald of the Good News. It is precisely because of the great possibilities that the Roman Houses and Works give us to contribute to this renewal of the universal Church that GC 35, Fr. Peter-Hans Kolvenbach, and I have insisted that these Roman institutions are a universal apostolic preference of the whole Society.”

Father Nicolás then recalls the work of the Gregorian University, the Biblicum and the Orientale and the opportunities that these institutions offer to the diocesan clergy from around the world and to our scholastics who reside at the Gesù and Bellarmino, and from this they experience “the catholicity of the Church” and they build “networks of international friendship and collaboration”.

“It is a privilege for the Society to be entrusted by the Roman Pontiff with this great opportunity for serving in the ongoing renewal of the universal Church. So I ask the entire Society to embrace the mission of the Roman institutions with joy and generosity. This may require a change of heart and mind among some of us with regard to these works.”

“For all these reasons, I urge the Major Superiors to continue to send some of the Society’s best men to be professors and administrators in our Roman institutions, even if it means sacrifice on the part of the Provinces and Regions.  Furthermore, for the sake of our future service of the Church, I also urge that even more of our gifted young men be sent for studies in these institutions and formation in the Gesù and Bellarmino communities.”